What Will Industrial Portable Power Be Like in the Next 5 Years?

The rumors about a new battery existed about 250 BC. It is believed that the Parthians who ruled Baghdad (ca. 250 BC) used batteries to electroplate silver. The Egyptians are said to have electroplated antimony onto copper over 4300 years ago.

In fact, while we know of the basic battery most of our life, the battery continues to evolve though many times the changes are not apparent.

Compared to other advancements, the progress has only been moderate. A battery holds relatively little power, is bulky, heavy, and has a short life span.  Here is a quick snapshot of battery history:

On March 11, 2009, Scientific American shared an article about how Lithium Ion batteries were about to be super-charged. The article shared how Scientists at the Massachusetts Institute of Technology (M.I.T.) reported in Nature today that they devised a way for lithium ions in a battery to zip in and out about 100 times faster than previously demonstrated. "We took a basically great material called lithium iron phosphate [LiFePO4] and we tried to improve it further," says study author Byoungwoo Kang, a graduate student in M.I.T.'s Department of Materials Science and Engineering. 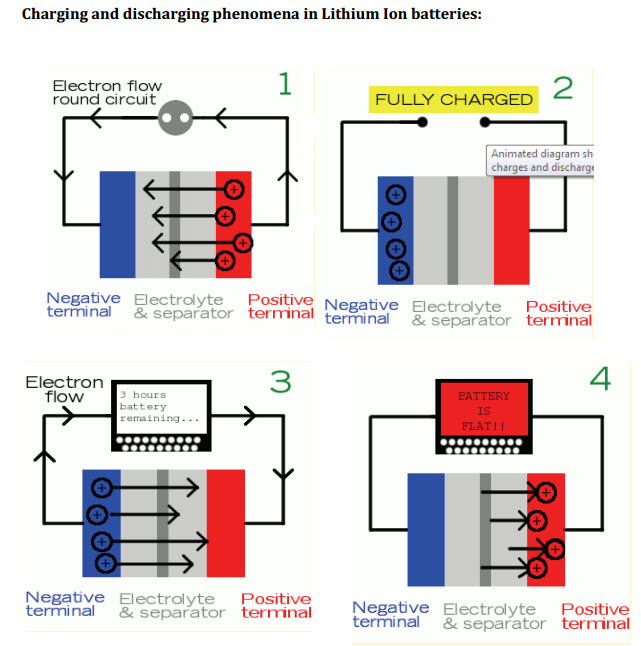 Two years later in May, 2011, the University of Southern California published “A Comparison Guide to Lithium-Ion Batteries” by Mehul Oswal, Jason Paul, and Rushua Zhao.

Current lithium-ion battery technology is ready to revolutionize hybrid vehicles. Lithium iron phosphate batteries produced by A123 offer almost twice the specific energy than that of nickel metal hydride batteries used in current hybrid vehicles. The batteries are also capable of enormous amounts of power, up to 3.3 kW/kg. This makes it possible for higher performance hybrids that are more appealing to the average consumer.

The paper goes on to share the advantages and disadvantages of Lithium Ion batteries and also includes characteristics.

They were anticipating the advances in battery technology and also reviewed the characteristics of Lithium Ion Phosphate 4 batteries. (aka LiFePO4) such as:

1)  Offers high output performance with standard discharge for 2 to 5C and continuous discharge high current capacity of up to 10C and the instantaneous discharge pulse up to 20C.

2)  Good performance is observed at high temperatures from 65 to 95 degrees centigrade keeping the battery. The battery maintains quality and remains in a safe condition.

3)  It shows excellent life cycles after 500 cycles with a discharge capacity above 95%.

4)  Even during excessive discharge to zero volts, no damage is caused.

5)  It charges quickly in much less time as compared to other batteries.

6)  Costs are low and so it is considered for a variety of applications.

7)  Environmentally friendly battery which does not produce waste.

We move forward in time to the here and now, 2015. Even with the amazing advancements in batteries, Lead Acid is a proven technology and can be relatively cheap. Because of this they are still used in the majority of electric vehicle applications and starting applications.

Compared to Lead-Acid batteries the only disadvantage of the LiFePO4 batteries is that they do not perform well below about 0 degrees Celsius.

However, since capacity, weight, operating temperatures, and CO2 reduction are large factors in many applications, LiFePO4 batteries are quickly becoming an industry standard. Although the initial purchase price of LiFePO4 is higher than lead acid, the longer cycle life can make it a financially sound choice.

Battery research is proceeding at a steady pace. The average annual gain in capacity is typically 6%. In comparison, microelectronics has done much better.

We've seen a large number of battery discoveries coming out of universities all over the world. Tech companies and car manufacturers are pumping money into battery development. With races like Formula E starting the pressure to improve that technology is only going to get greater.

Based on the recent news by Tesla, the year for batteries to change the world is here. We've collected all the best battery discoveries that could be with us soon. From over the air charging to superfast 30-second re-charging, you could be seeing this tech in your gadgets sooner than you think.

Along with incredible announcements, you will also hear the unusual.  Take for instance the research into urine powered batteries by Bill Gates Foundation.

The Bill Gates Foundation is funding further research by Bristol Robotic Laboratory who discovered batteries that can be powered by urine. It’s efficient enough to charge a smartphone which the scientists have already shown off. But how does it work?

Don't forget about Apple who is rumored to be working on batteries, potentially, for a future Apple Car.  Can you imagine driving a car with your iphone?

This uses oxygen naturally occurring in the air to fill its cathode. This makes it far lighter than liquid filled lithium-ion batteries to give car a far greater range.

Aluminium-air batteries drain turning the metal into aluminum hydroxide which can then be recycled to make new batteries. That will mean swapping out batteries every few months. But since it's so much lighter and cheaper than current efforts it should offer huge mileage and be affordable.

While the Lithium Ion Phosphate battery leaps ahead of its Lithium Ion predecessor, the ultimate battery is nowhere in sight and the battery remains the 'weak link' for the foreseeable future. As long as the battery is based on an electro-chemical process, limitations of power density and short life expectancy must be taken into account.

Here are Newcastle Systems, we continue to use portable power to keep your workplace moving and eliminate wasted steps.  Get immediate access to our latest white paper: 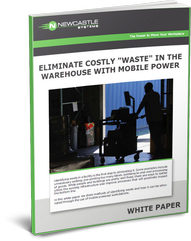