The Rapid Ascent of Holograms in Manufacturing 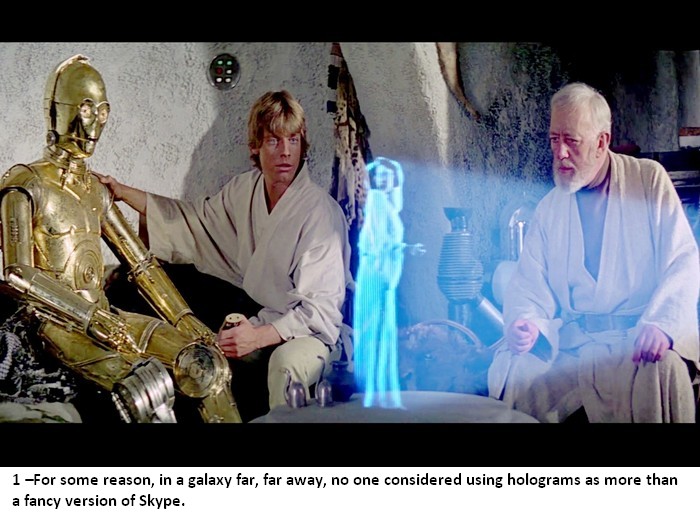 There are a lot of innovations in manufacturing getting press in recent years, but most of them relate to the improvement of productivity through process improvement – continuous improvement, supply chain management, culture and developing talent. But there is one radically innovative technology that is flying under the radar but is already poised to bring the sci-fi future into today’s factories.

Holograms have been around in popular culture for decades – Disney’s Haunted House attraction opened in 1969 is known for both its 3D ghost images and its holograms. But the practical use of them has generally escaped the public’s eye until recently, as reproductions of musicians and actors presenting on stage or being used in product commercials tend to get the most attention. But what does a practical application of holographic technology look like for business?

Just What IS a Hologram? 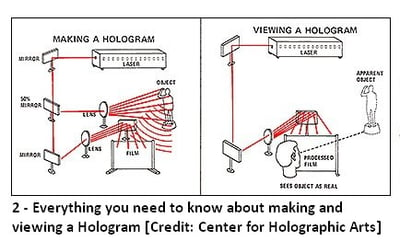 Before getting into how they are used, it’s a good idea to understand a bit better what exactly is a hologram and how they are created and projected. According to the Center for Holographic Arts, “A hologram is a physical structure that diffracts light into an image. The term ‘hologram’ can refer to both the encoded material and the resulting image.” Holographic image can be seen in a number of ways, mainly by looking into an illuminated holographic print or by shining a laser through a hologram and projecting the image onto a screen. While in the past there was a clear distinction technology is evolving to create virtual holograms by steering light into an image.   An “augmented reality” system like Microsoft’s HoloLens often use Holographic Optical Elements to make a video projection appear at comfortable viewing distance.

Other methods of projecting and reflecting images that are often referred to as “holographic” or “holograms”, because they have an optical presence, spatial quality or iridescent colors, though technically they are not.

Introducing the “HoloLens” from Microsoft 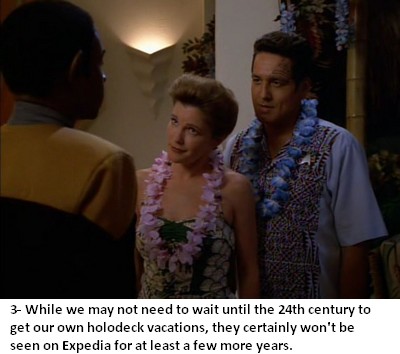 In 2016 Microsoft launched their HoloLens product, which at the time may have seemed to be a next-generation of the oft-ridiculed Google Glass, but turned out to be SO much more. HoloLens is essentially a holographic computer built into a headset that lets you see, hear, and interact with actual holograms in your own living room, office or anywhere you want to use it. Because Microsoft built the headset to operate independent of a wirelessly connected PC and uses high-definition lenses and spatial sound technology that creates an immersive, interactive holographic experience.

While it does not yet project holograms in a way that can transform a room so that they are visible to everyone in it, HoloLens will inject virtual elements neatly fitting into a real environment you see around you through the lens you wear on your head. NASA collaborated with Microsoft on the initial product, and it was introduced with a long list of potential applications that were talked about, including :

As with many technologies when they are first introduced, the reality of its application years after launch can often vary wildly from the PR blitz that launched it. While the launch of the HoloLens came with a vision of a changing consumer world, there is a new reality today suggesting it may have a bigger, more immediate impact in the world of manufacturing.

Microsoft sees the most effective use of hologram technology in its HoloLens product as an application of “mixed reality computing”. MRC is positioned as a revolutionary way to accelerate operational efficiency. Mixed reality blends digital objects like holograms with the physical world, allowing the user to create and experience content with the most relevant context and format. It’s like having someone show you how to make bread in a kitchen after only having read about it before in a cookbook.

Here is a great example from Ford regarding the potential changes for how they design cars:

What are the principal benefits to a manufacturer using tools like this? Microsoft references six core benefits:

Unlike a lot of new technologies, HoloLens may end up not being one that replaces jobs, but could enhance or create new ones. As the project leader at Microsoft said at the Mobile World Congress on Sunday “Devices like HoloLens are enablers of jobs. They give people superpowers at work that they didn’t have before”. Microsoft seems intent on investing whatever it takes to be a leader in this technology, to the point of developing their own unique silicon for the product as well.

Thyssenkrupp, a diverse multi-national German company, has deployed HoloLens in its elevator division, opening up the potential for 24,000 service engineers to  do their jobs more safely by triaging service requests remotely, booth reducing the number of visits required and making them more efficient when they are still required. Remote, hands-free access to technical information on-site and from remote engineers.

This video demonstrates the practicality of this solution for Thyssenkrupp and other manufacturers:

What About Your Facility?

If there has always been one rule about guessing what the future of the digital age would bring, it’s been to believe that “if you can imagine it, it’s possible.” The HoloLens is something that really brings this idea to life, making it seem likely that anything is possible – as long as you have the imagination to take advantage of it.

What about your business? How would the ability to visualize a “mixed reality” change the way you work? Design products? Service customers?

We’re excited to see these advancements and be a part of them in the coming years too.