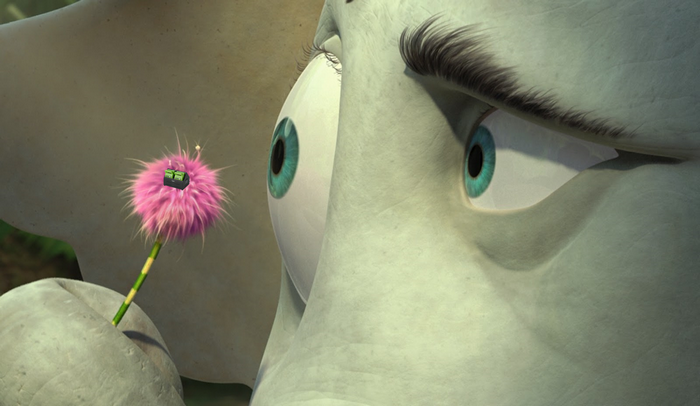 Managing power supplies can always be a challenge. There are a lot of variables involved, especially when you want your power to be cordless and mobile. There are competing needs – in some scenarios, there is a constant need for more power as the number of devices, their features and their wireless needs grow, but traditionally this results in more weight. At the same time, many devices use less power than ever, allowing for smaller and smaller power packs to meet the need, but can be more expensive using the new chemistries and form factors they require.

Everyone’s dream solution would be a battery that never runs out of power, adds minimal weight, and can take whatever form factor you need. What if we said that may now be possible? 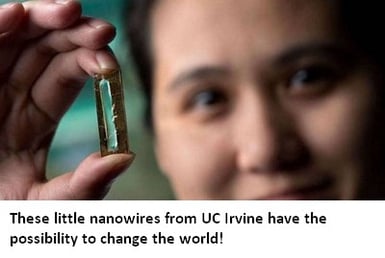 In 2016, Mya Le Thai, a doctoral student at the University of California, Irvine was “playing around in the lab” with nanowires and their potential use for batteries. As the bleeding edge of battery technology, nanowires are being explored as an enhancement to lithium batteries, as they have been discovered to both increase the number of lithium ions AND allow them to move through the battery material at a faster rate. Because a bundle of nanowires can massively exceed the surface area of lithium cell of similar size and weight, they are potentially far more efficient.

What has prevented nanowires from being commercially viable at this time is the type of coating they require. UC Irvine was able to produce gold-coated nanowires that lasted up to 200,000 cycles while keeping a 95% charge storage efficiency. As incredible as this discovery sounds, the big drawback is that gold would be prohibitively expensive. In an effort to find a less expensive replacement for gold, the research lab at UC Irvine experimented with a number of other coatings, but found that the nanowires would break down and crack after too many charging cycles, implying that this technology too, has a “gold standard” that was hard to meet.

Enter Mya Le Thai, who decided “on a whim” to not only coat them in one of their intended materials – manganese oxide – but to add an electrolyte gel coating that behaves like plexiglass. When she started to cycles these “gel capacitors” (essentially what they are as part of the battery), she noticed they had cycled 10,000 times without any noticeable difference, came back a few days later and saw them still going strong at 30,000 cycles and then got everyone’s attention when after a month they had cycled over 150,000 times and were still going! 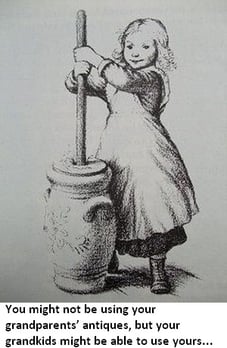 It’s a bit tongue-in-cheek, but with a battery that will last generations and generations, the possibilities are endless. It would immediately and profoundly impact the number of batteries being disposed of in landfills. Where previous generations might have studied physics in college using a slide-rule that was handed down from their grandfather, future ones might be flying a drone or building an augmented reality solution on a laptop they inherited from one of their grandparents! However, it is likely that these batteries would outlast the devices they power as other technologies advance or even as parts wear out or break.  But the technology now allows for bigger thinking on universal form-factors that would allow these batteries to move from one device to another over time to maximize their usage.

Until Then, We Have The Next Best Thing

For comparison, the typical laptop battery provides only 300 to 500 cycles before it starts to lose its ability to fully charge. Using a different chemistry like Lithium-ion Phosphate, we’ve been able to create a mobile power option for our carts that gets up to 3,000 cycles, which will provide a near full charge for up to 5-7 years.

While we anticipate the commercial applications for nanowires to make themselves viable for us to offer as the “Forever Battery” to power all of your mobile applications, you’ll soon be seeing our next generation of Nucleus batteries that get the same 3,000+ cycles but are smaller and lighter to meet the needs of newer devices that are also smaller and required even less power than ever. Stay subscribed to this page to be kept in the loop about availability and pricing in 2020.

If you ARE one of our existing customers and have one of our SLA power sources, call your rep about a potential options to upgrade to our Lithium solution, which provides these great advantages over your current power units:

Until then, we’re going to have to start working on 400 year carts to go with our future batteries!