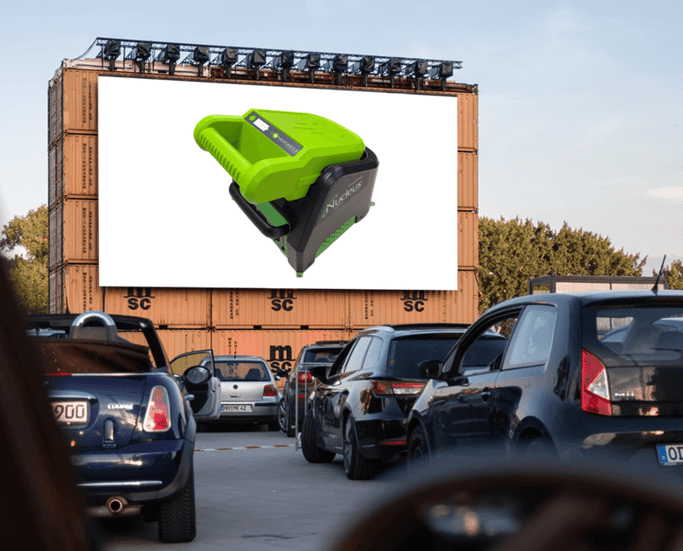 It’s hard to imagine during the heyday of lead acid batteries that anyone would have thought something called “Battery Day” could be seen as a futuristic, sleek, design-savvy symbol of innovation. But in case you missed it, yesterday September 22nd was the annual Shareholder meeting for Tesla, an event they have branded as “Battery Day”, and is used as a showcase for new innovations, ideas and plans coming out of Tesla.

But the world of batteries is moving too fast for any one business to monopolize it or lead it on all levels, so this is also a good time to look around the industry to see what kind of innovations are coming our way soon.

A Quantum Leap by QuantumScape?

Before we look at Tesla’s news from today, let’s look around at other innovators whose news might be flying under the radar. QuantumScape, a startup backed by Volkswagen and Bill Gates (among many others), is looking to take bigger leaps with battery technology than the incremental improvements in chemistry that is the current focus of most Lithium-Ion producers.

They are betting on a new approach using what is known as “solid-state batteries”. This approach replaces the liquid electrolyte solution required in standard Lithium batteries with a solid ceramic material that eliminates one of the major issues with current technologies – fire hazard. In standard Li-Ion batteries, the anode utilizes carbon or graphite, which is the source of potential hazard that is frequently seen with specific chemistries of Lithium. 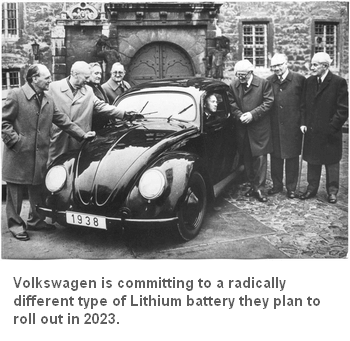 “Solid-state” batteries, however, use Lithium metal for the anode, which give it many advantages:

Volkswagen plans to roll out the new batteries in 2024 with its electric vehicle (EV) fleet, with plans to offer them to other automakers as well. The importance of this innovation is that it means that EVs will for the first time start to feel more like the user experience with gas engines, where a “fill-up” won’t require parking the car overnight and can be done on the go in 15 minutes or less.

A quick look at all the different innovations in the pipeline are a great indicator that we have a long way to go before seeing what the full potential of rechargeable batteries can offer. Here is a quick list of other technologies in the works:

What is most compelling about the industry now is the huge number and distinct categories of research and development being done. Producing, storing and using electric energy efficiently is receiving the attention it deserves. The long list of materials being tested for use as the future of batteries goes beyond nickel, sand, silicon to include “aluminum-air”, ambient noise, sodium, copper foam, and even urine (and no, we will not have a future article about that).

At the end of the day, the news from Tesla was relatively uninteresting compared to previous years. This year’s “innovations” didn’t elicit the “oohs and ahhs” of a brand-new technology, but rather were more appealing to the nerd-level customer or investor. The most important announcement was a change in the design and manufacturing process of the cathode in their current battery. It basically boils down to these highlights: 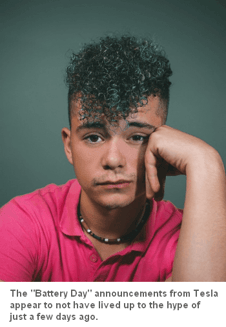 Elon Musk indicated these design changes would lead to cutting the cost per kilowatt-hour of its own cell by HALF. This is the most significant detail, because it is the one that really starts to allow EVs to compete with gas-powered vehicles on initial price even if they already compete on cost of ownership, a key part of changing perceptions.

If You Still Feel Hungry For The Hype…

The Tesla “Battery Day” may have left us feeling a bit discharged, but if you want to read up on a great take on some less well-known batteries named “Nucleus”, check out this great two-part blog post from our partners at Numina Group, and let us know if you have any great news to share too!

Which Portable Power System is Right for You?
How Lithium Is Enabling The Microfactory
What’s Trending in Labeling?
9 Easy Ways to Update Your Warehouse
Topics: Trends Mobile Power Lithium Power